Thanks to the support of Recare and an all-terrain Trekinetic wheelchair, Cole Ricketts, 16 and a student at Manor High School, Oadby, has been able to complete his Duke of Edinburgh Award expedition following advice not to walk due to an ongoing medical condition.

Cole has been a high-achieving GCSE pupil who plans to study maths, further maths, physics and computer science at A-Level. With his final grades pending, Cole and his family are confident his academic approach will see him through to studying at 6th Form. As with all GCSE students, the last 18 months has been challenging for Cole, exacerbated by ongoing medical tests for a tumour on his knee. Whilst a diagnosis is concluded, NHS consultants have advised Cole not to walk long distances which meant he could not complete his forthcoming Silver Duke of Edinburgh (DofE) Award expedition. A three-day hike was planned as the final stage of the award scheme; however, this was in jeopardy until the idea of loaning Cole an all-terrain wheelchair became a reality.

Nick Handley, Assistant Headteacher and DofE Manager at Manor High School, was responsible for orchestrating the expedition alongside John Heathcote, Expedition Leader and Claire Shea-Simonds, DofE Operations Officer for Central England. The team decided to meet and scope out a solution to help Cole, as Nick explains: “Everyone got together to discuss a possible answer, how could we make it work? We knew Cole couldn’t walk and completing the DofE is such an important milestone in someone’s life, so we knew we had to find a way. An all-terrain wheelchair was suggested. We got all the students from Cole’s group together to see if they were up for pushing him in a wheelchair – they were all 100% committed and saw it as another exciting challenge to overcome. We scoped out how we could change the plan, timings and routes to accommodate Cole’s wheelchair and within a matter of a few days it started to come together.” The three day expedition took place around Thornton Reservoir, Ticknall, Calke Abbey and Staunton Harold Reservoir.

“I took on the responsibility to find a suitable piece of kit that could stand up to the task in hand. I found Recare and they kindly offered to loan us, for free, a state-of-the-art K2 wheelchair. This was such a result and all of us on the school DofE team were so grateful. Tim from Recare came to the school to assess whether Cole was suitable for the Trekinetic wheelchair – it was deemed ideal for him. This was then followed up by a product handover at Cole’s home with his family, so he was then all set for the expedition that Sunday. An amazing team effort. Without the triangle of support, which comprised of our school, DofE and Recare, this would never have happened.”

Cole’s dad Chris was so impressed with all the support they received: “Hats off to everyone who made this happen for Cole. Recare were fantastic, so supportive and to have done all this for free is amazing. When Tim came to our house he took us through every part of the wheelchair, so we knew how to adjust it, including the recline function. We were a bit apprehensive about borrowing a high tech, high value product. However, Tim reassured us and kept saying ‘Just go and have fun, you won’t break this K2, it is really built to last!’ This boosted Cole’s confidence no end. He was worried about being pushed and having to rely on others. Nevertheless Cole didn’t complain and after talking to Recare, he went into the expedition with a positive attitude.”

“When it came to the expedition, it was so heart-warming to see Cole and his mates working together to get through this challenge. It was interesting to see boys called Zakaria and Riese pushed the wheelchair the most even though they weren’t from Cole’s core friendship group. It gave us as a family a ‘warm glow’; the comradery was brilliant to see. The K2 is so impressive according to Cole; it was agile, responsive and easy to push through mud and over rocks. They all were drenched after day one and covered in mud, including the wheelchair, but there was no let up with performance and determination, from the students or the chair.”

During the expedition the Trekinetic wheelchair coped admirably with all the off-road terrain and Cole’s peers were able to push him and negotiate all the obstacles they came up against. The K2 is a cutting-edge manual all-terrain wheelchair manufactured in the UK by Trekinetic. This pioneering design uniquely uses technology and components developed in Formula One racing so owners benefit from ultra-lightweight convenience with strong dependable performance. Recare is one of its elite suppliers and has seen an increase in demand during the pandemic as more people seek independence in the countryside.

The end result for Cole and his friends couldn’t have worked out better. They achieved what they set out to achieve and enjoyed the experience immensely. Chris summaries why making this happen for Cole was a must:

“We believe the Duke of Edinburgh Award scheme is so important for future life; it was imperative Cole could complete it. The fact that Mr Handley and Claire from the DofE went over and above what was expected is really commendable. Cole is not a sportsman – he’s into computers; however through this Award he has built up an excellent relationship with the DofE Manager Mr Handley, so it shows the importance of team-building exercises. When they finished day three they were plastered in mud but all with smiles on their faces. We hosed the wheelchair down and it looked as good as new, a fantastic piece of kit from Recare.”

Recare were really helpful during and after the assessment and I now rely on their professional expertise. 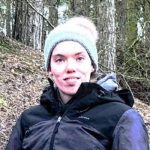